Tuberculosis (also known as "TB") is a disease caused by the bacteria Mycobacterium tuberculosis. It mainly infects the lungs, although it also can affect other organs.

One of the most dreaded diseases of the 19th century, tuberculosis was the eighth leading cause of death in children one to four years of age during the 1920s. As the general standard of living and medical care improved in the United States, the incidence of tuberculosis decreased. By the 1960s, it wasn't even in the top 10 causes of death among children of any age group.

However, because tuberculosis is airborne and can spread quickly, tuberculosis is making a comeback in the U.S. — particularly among the homeless, prisoners and those with autoimmune problems (like HIV).

In older infants and children, latent tuberculosis infection (LTBI), which is the first infection with the tuberculosis bacteria, usually produces no signs or symptoms. In addition, a chest X-ray shows no signs of infection.

In most cases, only a tuberculin skin test (used to figure out if someone has been infected by the tuberculosis bacteria) is positive, indicating that the child has been infected. Children with a positive tuberculin test, even if they show no signs of disease, will usually need to receive medication.

This primary infection usually resolves on its own as a child develops immunity over a six- to 10-week period. But in some cases, it can progress and spread to the lungs (called progressive tuberculosis) or other organs. This causes signs and symptoms such as fever, weight loss, fatigue, loss of appetite and cough.

Another type of infection is called reactivation tuberculosis. Here, the primary infection has resolved, but the bacteria are dormant, or hibernating. When conditions become favorable (for instance, due to lowered immunity), the bacteria become active.

Tuberculosis is a chronic disease that can persist for years if it isn't treated and the infected person may be contagious that entire time. Therefore, the prevention of tuberculosis depends on:

New cases and potentially contagious patients are identified through proper use and interpretation of the tuberculin skin test.

There is a tuberculosis vaccine called BCG (Bacille Calmette-Guérin), but because it isn't very effective in countries with a low incidence of tuberculosis, BCG isn't usually given in the U.S. However, it may be considered for kids immigrating to countries where tuberculosis is prevalent. 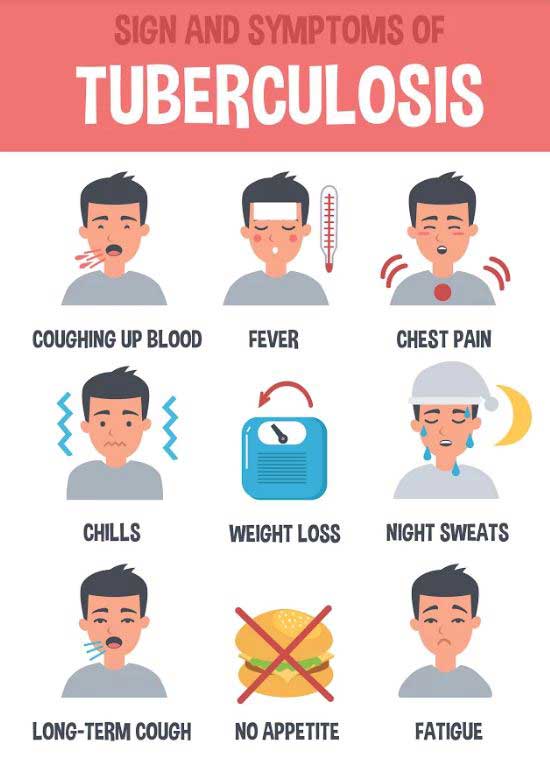 A doctor may recommend hospitalization for the initial evaluation and treatment of TB, especially if:

However, most kids with tuberculosis can be treated as outpatients and cared for at home. The treatment is usually in the form of oral medications. Rarely, three or four drugs may be prescribed. Even though treatment may require months to complete, it's vitally important that the full course of medications be taken in order for tuberculosis to be cured.

When to call the doctor

Call the doctor if your child:

Total Solar Eclipse: How to See it Safely

March 23, 2017
Colorectal cancer is the third-most commonly diagnosed cancer in men and women in the U.S. each year. According to the Colon Cancer Alliance,...
Next Post
Back to blog home

Colorectal Cancer Screening: Why is it Important?

Can acupuncture ease your chronic pain?

How to handle your grief during the holidays

Could I Have an Ulcer and Not Know It?